Master List of 2018 Restaurant Openings Coming Soon to Fort Worth

Summer is often the time when restaurants close. But in 2018, the openings in and around Fort Worth keep on coming. The population in the area is growing, and new developments keep going up. The restaurant scene feels unseasonably upbeat!

Bartaco • A taco chain based in Connecticut, has just opened its first location in Texas at West Bend in Fort Worth. They do upscale street food with a coastal vibe, inspired by the beach culture of Brazil, Uruguay, and Southern California.

Doc B’s Fresh Kitchen is newly-opened in the brand new McKinney & Olive building in Uptown Dallas at the corner of McKinney Avenue and Harwood Street. The restaurant is part of a Chicago chain that serves from-scratch salads, burgers, and sandwiches. hA full bar and craft beer is included. Another location will open in Fort Worth by 2019.

Hopdoddy Burger Bar , the Austin-based better-burger chain, will open a new DFW location in Southlake, at 120 Main St. in Southlake Town Square. This is the sixth DFW location.
Opens June 11.

The Dapper Doughnut , a St, Louis-based chain known for mini-doughnuts served hot from the fryer, will open a stand at Crockett Street Food Hall, the food hall coming-soon to Crocket Row at West 7th.
Opening fall 2018.

Graze is a comfort food concept from Fort Worth chef Grady Spears, owner of Horseshoe Hill Cafe in the Stockyards, that will be part of Crockett Street Food Hall, the food hall coming-soon to Crocket Row at West 7th.
Opening fall 2018.

Lazy Dog , the Colorado chain known for its seasonal menu and casual vibe, is opening a location in Arlington, at the upscale Arlington Highlands shopping center. at 241 E. I-20. True to form, the restaurant will boast a dog-friendly patio with outdoor fire pits and lounge areas. There are currently three DFW locations in Addison, Euless, and Plano.
Opening fall 2018.

Lockhart Smokehouse , the acclaimed local barbecue chain from Jill and Jeff Bergus, will open a location at Texas Live, the Arlington complex. This will be the third location.
Fall 2018.

Newk’s Eatery , the new chain from the founders of McAllister’s Deli, just opened its first Tarrant County location at Presidio Town Crossing in north Fort Worth, the fourth location in DFW.

Not Just Q is a barbecue spot from former TCU football star David Hawthorne and a spinoff of the popular Dallas food truck featuring chef Eric Hansen’s menu of barbecue, sides, and dishes such as brisket nachos. It’ll open at the Crockett Row Food Hall in summer 2018.

Perch is a newly opened restaurant on the 12th floor of Frost Tower doing “contemporary Southern” food such as deviled eggs, chicken and biscuits, and s’mores-like desserts. 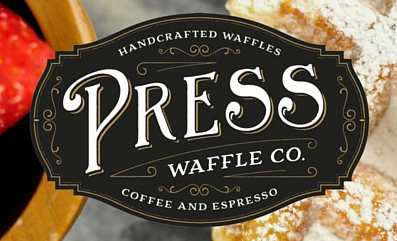 Press Waffle Co. , featuring “Liege-style” waffles which are sweeter than regular Belgian waffles, will open a location at the Crockett Row Food Hall. They already have a location at Legacy Food Hall in Plano.
Summer 2018.

Rush Bowls is a Colorado-based fast-casual restaurant chain known for healthy meals in a bowl, made with nuts, fruit, yogurt, and granola. The first location in DFW will open in Flower Mound, at The Shops at Lakeside.
July 2018.

Saltgrass Steakhouse , the steakhouse from Houston-based Landry’s, is opening a location in Bedford at 1813 Highway 121, with lunch menu prices starting at $10.29, and the No Bull Lounge, offering specially priced appetizers, beer, margaritas, and wines by the glass.
Open June 5.

San Martin Bakery is a bakery-restaurant from Guatemala that will open its first location outside of Central America in Dallas’ trendy Uptown neighborhood, where it will offer European-styled baked goods including sourdough breads, croissants, and other puff pastries, along with a cozy cafe open for breakfast, lunch, and dinner.
Late summer 2018.

Terra Mediterranean Grill will open at the Shops at Willow Bend in Plano, serving the same fine middle Eastern food it serves at its locations in Irving and Fort Worth. In addition to its traditional Mediterranean foods, specialty items such as sea bass and trout will be served at dinner.
Summer 2018.

Thirsty Lion Gastropub & Grill the Portland, Oregon-based chain which made its DFW debut in 2017 with a location at Toyota Music Factory in Irving, will open a second in Euless, at Glade Parks.
November 2018.

Tropical Smoothie Cafe will open locations in Frisco, Hurst, and North Richland Hills, bringing the total to 10 in the DFW area. Founded in Florida in 1997, the chain serves pressed sandwiches, wraps, flatbreads, salads, and smoothies.
Summer 2018.

Troy’s is the restaurant and beer hall from former Dallas Cowboys player Troy Aikman, opening at Texas Live in the Arlington Entertainment District. The menu will include healthy lunch and dinner options. There will also be burgers, cocktails, wine, and beer. It’ll also have an indoor/outdoor stage with live music daily and a major LED display for sports events.
Opening late 2018.

Wabi House , the izakaya-style modern Japanese restaurant on Greenville Avenue, is opening a second location in Fort Worth, at 1229 8th Ave., in the Medical District.
Late summer.

Whiskey Cake • The Plano restaurant from Frontburner has a just-opened second location in Las Colinas. 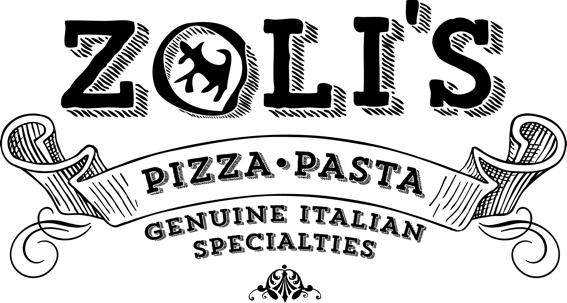 Zoli’s NY Pizza • This pizzeria is a highly acclaimed restaurant from Dallas restaurateur Jay Jerrier. The second location is opening in Fort Worth at 3501 Hulen St.
Opening 2019.

Moving to North Texas? Get to Know the Local School Districts.
No Bad Angles
Weekend Getaways from Fort Worth
×