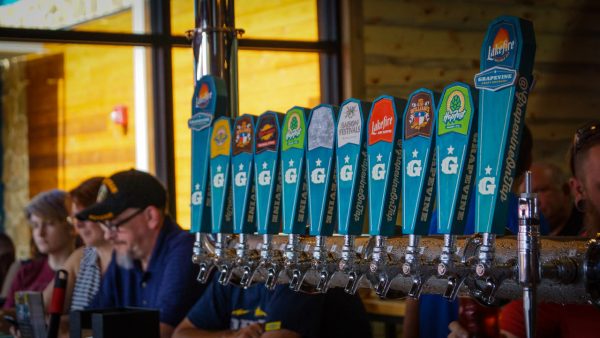 Those who enjoy finer food and drink will be pleased to hear about Grapevine Craft Brewery (GCB), a new brewery in the Grapevine area. Current production takes place at their Farmer’s Branch facility. However, they plan to open a new brew pub location on Jean Street by June 2014. The expansion is possible thanks to the crowd-source fundraising platform called Fundable. GCB was able to generate over $61,000 by offering “rewards” to 200 backers. The rewards have a large range. Starting with stickers, pint glasses and t-shirts, up to special backer designation and a chance to work directly with the brewers to develop your own unique seasonal beverage.

GCB also understands the value of community and has pledged to give back. Grapevine Craft Brewery has committed 5 percent of its profits to the continuing operations of GRACE. They are also partnering with other local companies in an effort to raise a combined $50,000 for the cause.

Until the new brew pub is completed, customers can GCB brews at several of Grapevine’s restaurants such as Tolbert’s Restaurant, Fireside Pies, and Chill Sports Bar. Be sure to check the Grapevine Craft Brewery website to find who carries their beer near you and contact us if you’re interested in learning more about real estate in Grapevine, Texas.

Trulia & Zillow: How Accurate are These Sites?
Station-to-Station: Fort Worth Prepares For Transit-Oriented Development
5 Signs Your Home Needs an Electrician
×