Texas Real Estate | What You Should Know

The Truth About Texas Real Estate 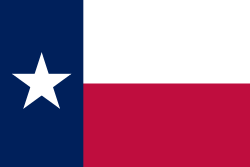 With so many misperceptions created by the national news about the real estate market, our Texas Real Estate Association, the MetroTex Association, has published an update on what’s really going on in our market. It is important to know that real estate is local and knowing the facts about our area will help alleviate your concerns.

Strong, diverse economy: Texas is strong in industries that are still growing (such as professional & business services, education & health services, government) and has the second largest economy in the nation by GDP according to the U.S. Bureau of Economic Analysis.

Why Texas is different

Top Sandwich Shops in Grapevine, Colleyville, and Southlake
Check Up on Your Home Worth Now!!
Simple Steps for Home Winterization
×